Things in 3D printing are constantly in a state of flux. Although we think our machines are up-to-date, we read about  faster, bigger or multi-material printers every day. As we like to keep you informed of the newest trends in 3D printing we will introduce an experimental carbon high-speed printer called ‘Clip’ today. Enjoy!

High-speed printers could become a major step in 3D printing sooner than later. Just a few weeks ago the Silicon Valley -based company Carbon3D released a printer that might allow 3D printing in almost no time. But do we really need one more printer? Referring to Joseph DeSimone, co-founder of Carbon3D and a professor of chemistry at University of North Carolina at Chapel Hill the answer has to be yes because they “think that popular 3-D printing is actually misnamed — it’s really just 2D printing over and over again.” But the 3D printing industry is always on the move.

Is Layer-Based 3D Printing about to Become Obsolete?

Currently, additive manufacturing no matter what technique we are talking about is understood as a layer-based production process. Hence, we have to slice models into pieces to allow for a production step by step. This logic could become obsolete with the development of Carbon 3D’s new Carbon printer. DeSimone explained in his Ted talk earlier this year the pretty inspiring technology. Instead of adding a layer to every solidified part the printer slowly pulls out a solid piece in a constant flow. With the help of layerless 3D printing, models could be produced much smoother and could show more stability.

Speeding up 3D Printing by 100 Times

The demo shows how a ball consisting of several bars and the Eiffel Tower are produced in only 6 to 10 minutes. Compared to existing printers which need about 11 hours for SLA, app 3h for SLS and Polyjet, the so-called CLIP printer is extraordinary fast. The invention of the CLIP printer may result in a disruption of existing 3D printing techniques. The new production process works either with resin or synthetic material which both solidify under the radiation of ultraviolet light. The interplay of light and oxygen are crucial for the success of each print. Solidification is prevented in parts that are controlled by oxygen. This ‘dead zone’ allows the object to grow. How this balance is controlled remains the company’s secret. We only know that a special window lets pass these 2 components. The perfect interplay between light and oxygen is still challenging the developers of Carbon3D and needs to be further optimized.

In January 2013, Carbon 3D was founded as a spin-off of North Carolina University in Durham and  raised $10M in the series A funding round in April 2015. We are hoping to get one of these carbon printers one day and would like to keep informed on the progress of this company. 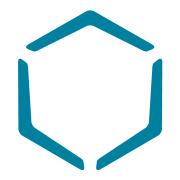